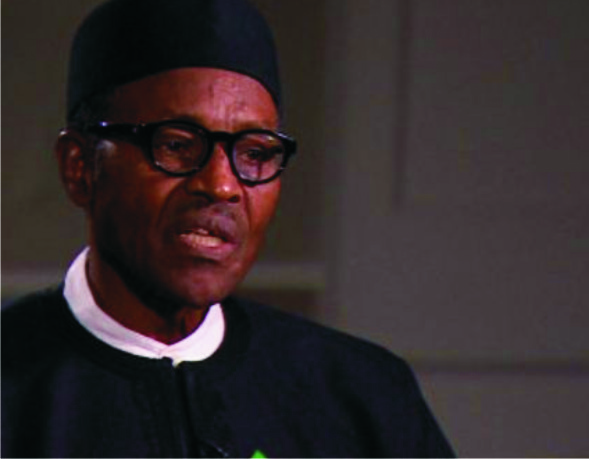 After months of tireless calculations and cogitations, we offer you a breakthrough in the power equation of the Nigerian society. With an equation 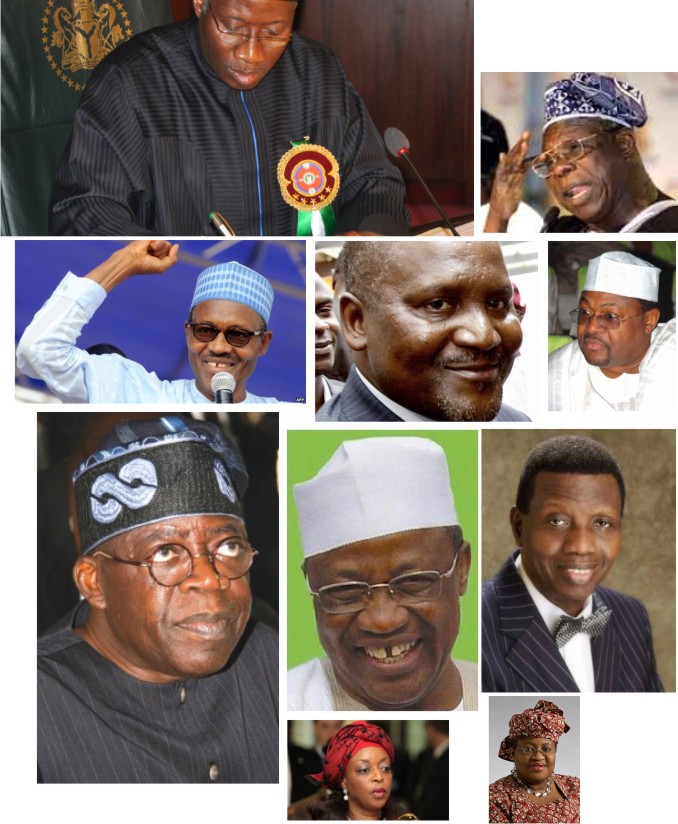 After months of tireless calculations and cogitations, we offer you a breakthrough in the power equation of the Nigerian society. With an equation as unique as the Einstein’s law of relativity, we calculated and arrived at this list of those who were most prominent in the powerplay for the year 2014 and should be closely watched this new year 2015.
Powerplay Equation = C + B + I + H where
C – Control over issues and people
B – Bankability (the money factor)
I – Influence in various fields of the economic and social sectors of the nation (when you sneeze, the whole nation listens and how much your opinion can influence the populace)
H – Heat and Controversiality, it just gets everyone talking about you.

Everyone in this list possesses at least traces of the above factors, some have modest levels of C but less of H. others have limited B but oodles of I. nobody has all four elements in equal measure, if they did, the whole country would blow up. But enough of any one of them is all it takes to rise to the top.

President Goodluck Jonathan – not just because he is the president of the most populous African nation on earth but he seems to be getting all the right noises with his stance on various national issues. The various challenges from all quarters notwithstanding, he cuts across as someone who knows his right from left and would stick to his guns once he’s convinced an attribute that he has successfully passed to his lieutenants in government.

Gen. Mohammadu Buhari – the Daura Kastina born general has gradually warmed his way into the hearts of many Nigerians. Having lost the presidential elections on three previous occasions, he has rallied the opposition and the masses to support his fourth shot at the presidency. His reign as a military head of state is remembered fondly for its praiseworthy attempt to fight the endemic graft that prevented Nigeria’s development. He retains a rare reputation for honesty among Nigeria’s politicians, both military and civilian, largely because of his regime’s war against indiscipline. If there is any time in Nigeria’s electioneering history, this is it! As Buhari can match the incumbent toe to toe for support and popularity across all the geographical zones of the country.

Gen. Olusegun Obasanjo – You don’t have to take a trip to the Otta farm of Nigeria’s former president, just take a look round the nation and you see Obasanjo written on the politics of today’s Nigeria. Yes, he is the chairman, board of trustees of Africa’s acclaimed biggest party and he sure carries that appellation to the nooks and crannies of the country.

Ibrahim B. Babangida – The press call him the ‘Maradona’ but he said he finds the ‘evil genius’ appellation more interesting, whichever nomenclature you attach to IBB, he fits the bill. His silence on many national issues has not deceived any neither has ‘stepping aside’ removed any paraphernalia of office from the Minna hilltop mansion. He is a man that commands the respect of even his worst critics, many would love to hate him but his gap-toothed smile does wonders on the polity…