African Roots: 7 Natural Wonders of Africa Africa is beautiful, there’s no gainsaying! Landmarks that defy architecture spread across the continent

Africa is beautiful, there’s no gainsaying! Landmarks that defy architecture spread across the continent and we take your around the continent to enjoy the beauty that Africa presents. Enjoy the seven natural wonders of Africa 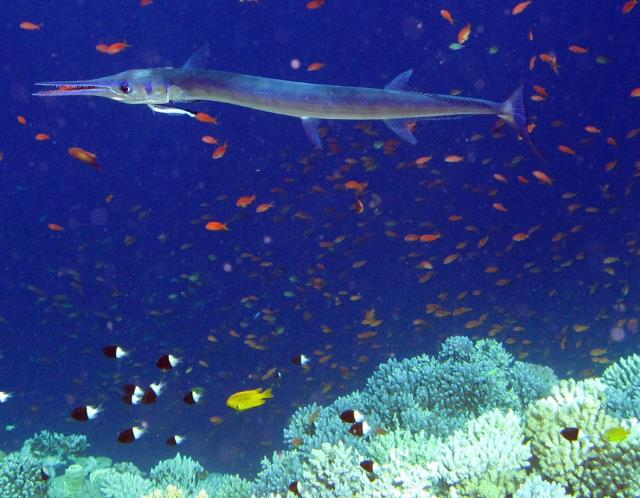 The Red Sea Reef stretches for almost 2000km along the along the coast of Egypt, Sudan, and Eritrea and it is home to a rich diversity of marine life. The corals in this reef are considered the most biologically diverse reefs anywhere outside of Southeast Asia. Another stunning factor is that live coral cover is as high as 70% for much of the reef. Some of the reef fish include blue cheek butterflyfish; hammerhead sharks, giant manta rays and a magnificent variety of coral.

This wonder was a shoe-in for the list as it is not only the highest mountain in Africa; Uhuru’s Peak, also known as Kibo, (the highest peak on Kilimanjaro) is the highest freestanding mountain in the world. Kilimanjaro is made up of three volcanic cones Kibo, Mawenzi, and Shira (Kibo rises an impressive 5895 metres above sea level). Kilimanjaro is one of Africa’s most popular tourist destinations, with thousands of people making the trek to the top annually. In addition it is one of the most recognised landmarks on the continent. As Kilimanjaro is considered a sky island – an incredibly cool name that means it hosts dramatically different ecosystems than the surrounding lowlands – which has led to a great diversity of flora and fauna on the mountain. 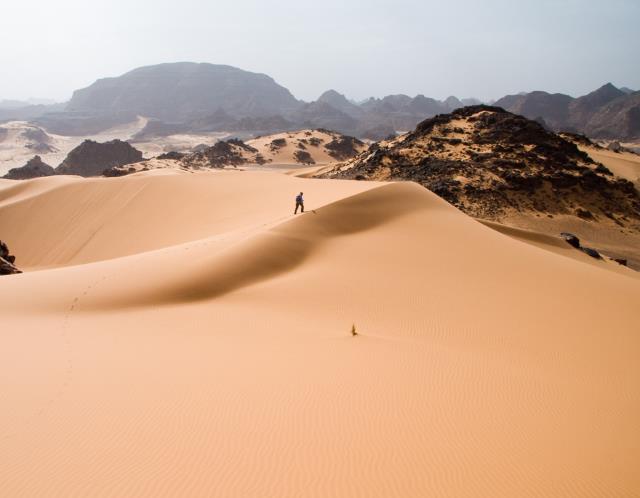 The Sahara holds several impressive titles, including the hottest desert in the world and the third largest desert in the world. The desert includes several mountain ranges including the Air Mountains and the Tibesti Mountains, which contain Emi Koussi the highest peak in the desert. The deathstalker scorpion is probably the most interesting creature in the desert, and it lives alongside cheetahs, sand vipers, African wild dogs and many different species of fox.

The Great Migration refers to an annual event which sees grazing needs prompting millions of creatures (wildebeest, Thompsons gazelle and the predators that feed on them) to move from Tanzania to Kenya. The migration covers a distance of 800 kilometres as the herds trek from Serengeti to Maasai Mara. The migration is made up of around 750 000 zebra followed by 1.2 million wildebeest followed by nearly a million other herbivore herds. The Great Migration generally takes place between July and September, but the exact times are dependent on the length of the rainy season preceding it. 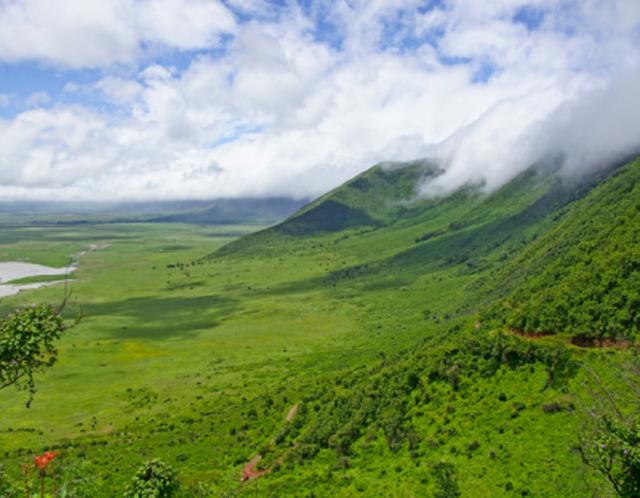 Ngorongoro Crater is a collapsed inactive volcanic crater; it is the largest caldera in the world. The crater is over 600 metres deep and the floor covers 260 square kilometres. The crater has two forests and a natural spring within it as well as a salt lake in the centre. There is an abundance of wildlife within the crater with lions, elephants, hippopotamus, eland and zebra. Maasai Mara herdsmen are allowed to graze cattle in the crater, but they must leave every evening. The Ngorongoro Conservation Area has been inscribed as a a cultural property on the World Heritage List, partly due to fossils found in the nearby Olduvai Gorge. 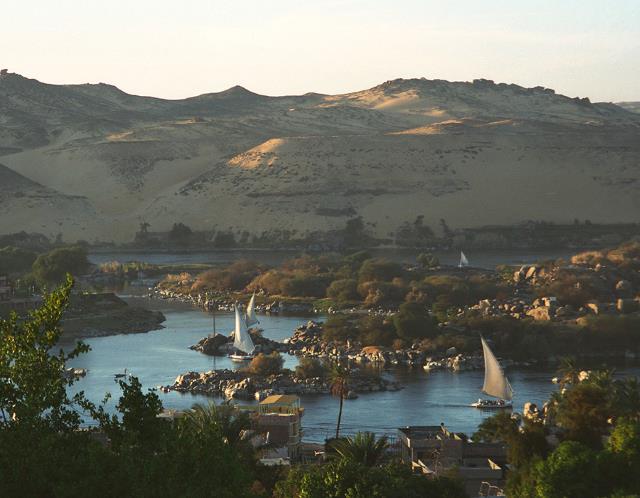 The Nile River is the longest river in the world at 6,650 km long; it travels through 11 countries before emptying into the Mediterranean Sea in a large delta. The river was the source of the ancient Egyptian civilization, a culture that rose in the desert along the banks of the river. The source of the Nile has been a disputed mystery for centuries although now it is widely accepted that the river is fed by two tributaries, the Blue Nile and the White Nile. It has been widely accepted that the Nile has its source in Uganda. The river used to flood annually, however this is no longer the case since the construction of the Aswan Dam.

Botswana’s Okavango Delta is an inland delta formed by the Okavango River evaporating as a result of the tectonic trough at the end of its course. The delta is comprised of lakes, swamps, islands and free canals. The largest island in the delta is Chief’s Island, a feature formed by a fault line that uplifted an area of over 70km long and 15m wide. The majority of the delta’s year-round wildlife is found on the island. Wildlife found at the delta includes elephant, hippopotamus, giraffe, crocodile, lion, leopard and many more. The delta is surrounded by the arid Kalahari Desert.

For More Juicy Stories, Get your copy of GENESIS INTERNATIONAL MAGAZINE, (Issue 7). Available with the vendors, and online on jumia.com.ng, konga.com. Available also internationally in the USA in all Barnes & Nobles Stores, Chapters booksellers in Canada and isubscribe.com in UK.