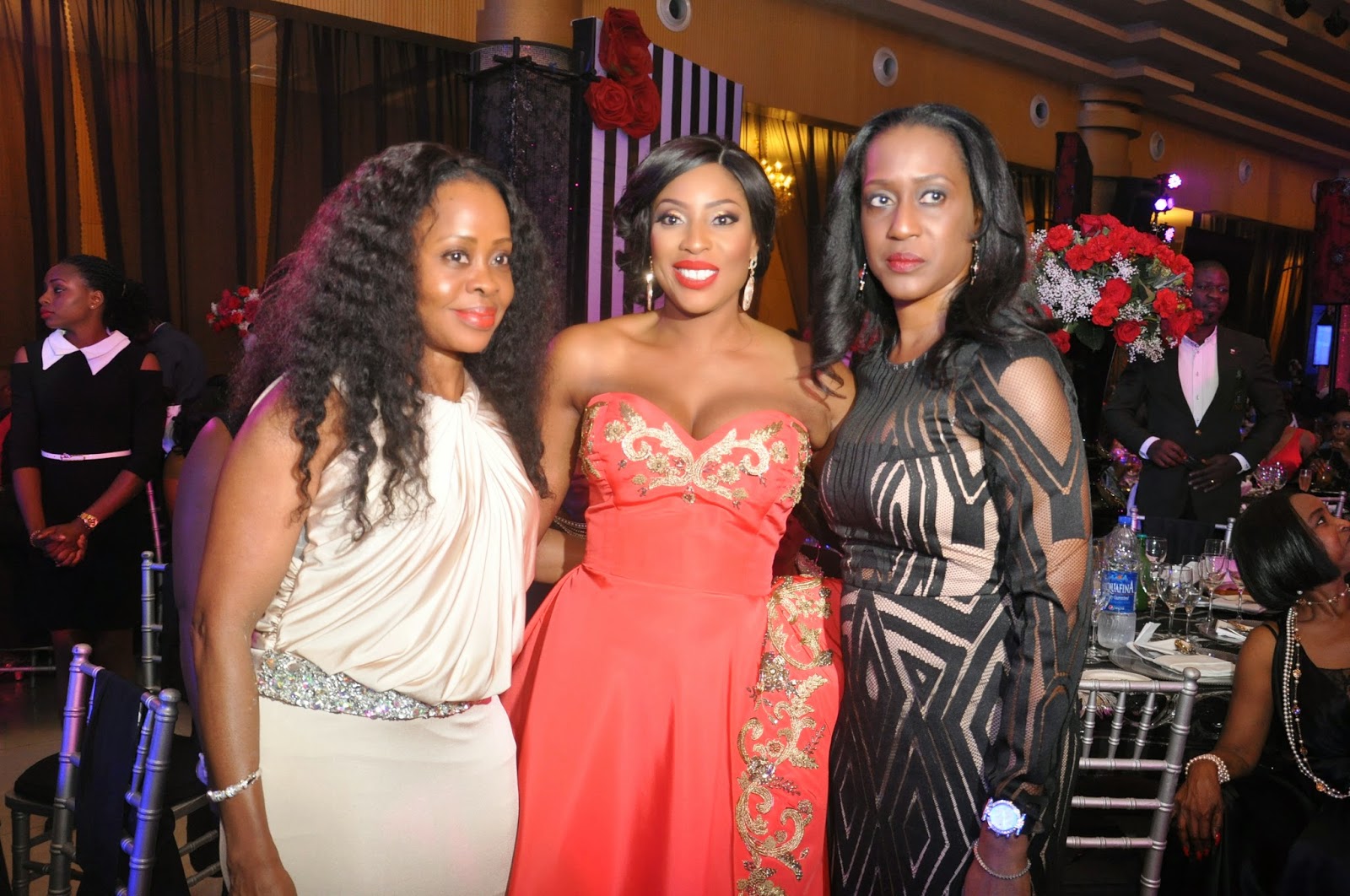 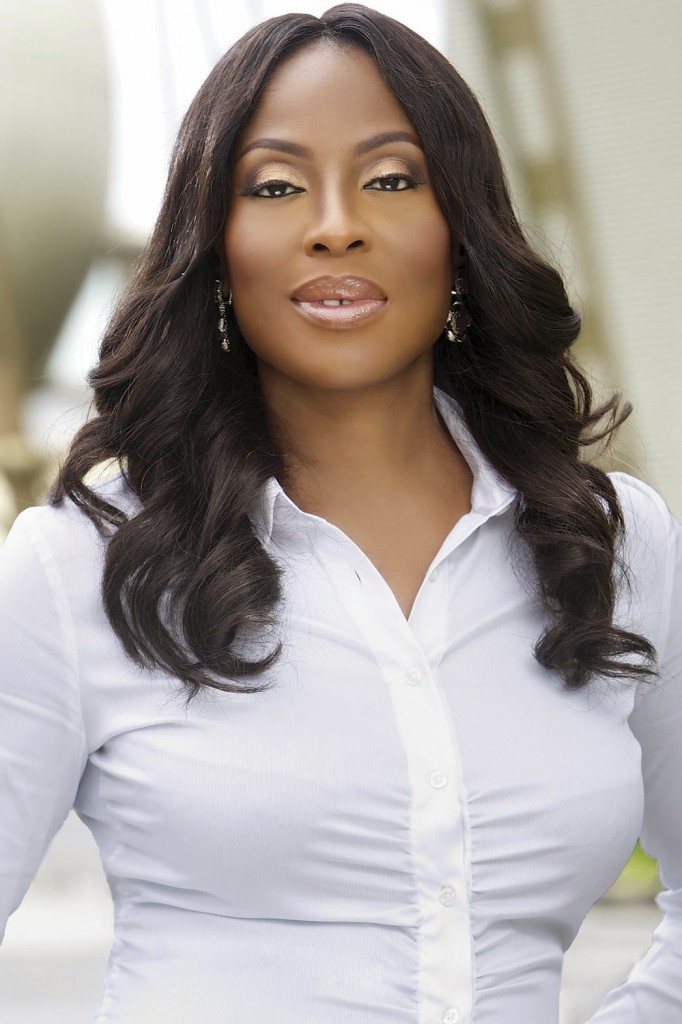 The Executive Chairman and CEO of EbonyLife TV, Africa’s first Global Black Entertainment and Lifestyle network, Mo Abudu, celebrated her 50th birthday on 13 September 2014 at the grand ball room Oriental hotel, Lagos. Notable Nigerians were present to celebrate with this woman of substance, inspiration and a beacon of hope to many, as she attains this milestone in her exceptional and eventful life.

Mo, as she is simply called, lined up several activities to mark this golden event, chief among them being the “Mo @ 50, Celebrating Sisterhood”, during which Abudu gave out awards to deserving and unsung women in the society. The award recognized women who are innovative and committed to national impact, individuals who have outstanding performance and are making a difference in the area for which they are being considered. According to Abudu, “I want to celebrate those that are not often celebrated or not celebrated enough, but who are making significant impacts in their particular areas of influence.”
And that is the life of the quintessential Mo. Mo’s whole personality, attitude and indeed, her life thus far, lends credence to the fact that once she can think it, then you can be sure she can and will do it!! Mo has made her mark in various fields of endeavor, which cut across the corporate world, the hospitality industry and, most recently, the media world. She is a proudly-Nigerian, proudly African woman of many parts: Human Resource practitioner/consultant, Talk-show hostess, Media personality and Television producer.

Mo Abudu is one of the few Nigerian women who have consistently blazed the trail with confidence in various fields. A well established style maven, Abudu was born in September 1964, in London to Mr. & Mrs. Lawrence Akintunde.  Having lost her father at the age of 11, Abudu, together with her two younger sisters, was brought up by her mother. Her growing up years were mainly spent in the United Kingdom, where she worked her way through college, attending the Ridgeway School, Mid Kent College and West Kent College. She then went ahead to obtain her masters degree in Human Resources Development at the University of Westminster, London. Abudu began her professional career in 1987 as a Recruitment Consultant with the Atlas Recruitment Consultant firm in the UK. Within a few years, she rose to the position of Branch Manager. In 1990, she was headhunted by the Starform Group, a very successful business information group in the UK to manage the prestigious Corporate Credit Management Exhibition. Abudu successfully managed the exhibition from 1990 through 1992. Additionally, she assumed responsibility for the research, design and production of several conferences and seminars whilst at Starform.

Upon her return to Nigeria in 1993, Abudu worked with Arthur Anderson as Head of Human Resources and Training for Esso Exploration & Production Nigeria Limited (Exxon). By the year 2000, having successfully completed her responsibilities to the ExxonMobil HR Transition and Merger Team, Abudu fully recognised Nigeria’s growing need for a trained and highly motivated talent pool that would take Nigerian businesses into the 21st Century. Taking advantage of her growing reputation as a HR Specialist, Mo resigned from ExxonMobil to start Vic Lawrence & Associate Limited, VLA, a human resources firm. Today, VLA is rated as one of the fastest growing and largest indigenous human resources and training management consultancy firms in Nigeria. While involving herself in number of business activities, Abudu’s next significant achievement was the conceptualisation and building of the Protea Hotel, Oakwood Park, situated along the Lekki Expressway in Lagos, which was commissioned in August 2004. In November 2007, Mo Abudu took on yet another challenge, this time in a field she had never dabbled in before-broadcasting. She initiated Moments With Mo, the internationally acclaimed talk-show, which she also anchors. Moment With Mo is a brain child of Abudu’s company, Inspire Africa. It seeks to celebrate and showcase the greatness of Africa as well as deal with day to day issues that affects human life. The show is aired on M-Net and some other major channels on Nigerian television stations. Each episode of ‘Moments with Mo highlights the life and accomplishments of a usually well known, but sometimes an undiscovered African individual, who by his own tenacity and determination, has accomplished something and has been a catalyst for something that makes him a role model to others. Moreover, the show has also proved to be a purpose built vehicle through which the rest of the world has come to appreciate the Nigerian and African culture and achievement. And of course, Moments With Mo enjoys a powerful support from most of the corporate heavy weights in Nigeria.

Even seasoned broadcasters would have balked at such a challenge- hosting a talk show that broadcasts all over Africa, celebrating the positive aspects of Africa that the world at large does not usually concern itself with. By October 2009, over 200 episodes had been recorded and aired with numerous topics ranging from lifestyle, through health, culture, politics, entertainment, tradition, to music and inter-racial marriages. Guests have included celebrities, Presidents, Nobel Laureates, and the 67th US Secretary-of-State Hillary Rodham Clinton. Abudu says the show “highlights the life and accomplishments of a usually well known, but sometimes an undiscovered African individual who by his or her own tenacity and determination has accomplished something, overcome something or been a catalyst for something that makes her or him a role model to others.” Aired on M-Net with TV coverage in 48 African countries, the show now also airs on terrestrial and cable TV in other parts of the world. On July 1, 2013, Mo Abudu launched Ebony Life Television, “Africa’s first Global Black Multi-Broadcast Entertainment Network”, engaging like never before, and talking to especially the youth of Africa, aged 18 to 34, the custodians of the present and of the future, and key drivers of arguably the most vital segment of the economy.