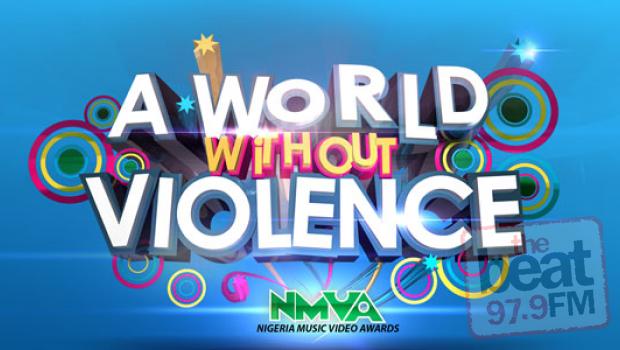 GENESIS MAGAZINE Coverage of The NMVA 2014 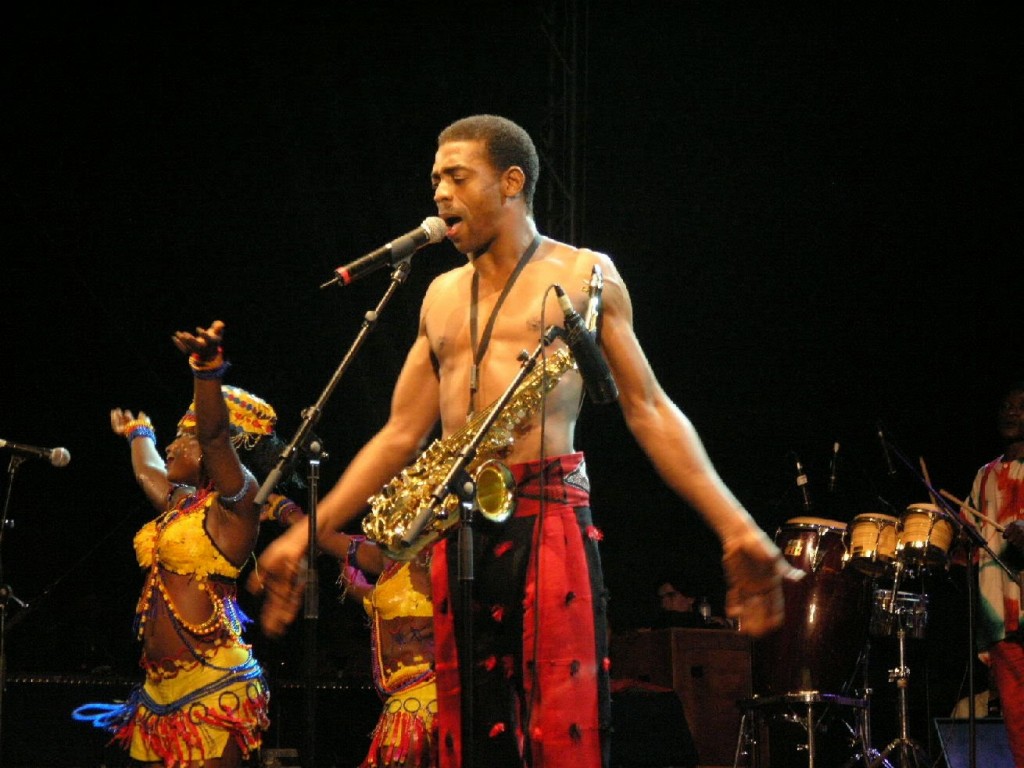 The NMVA  is reputed for being one of the most consistent award ceremonies in the country is in its 8th consecutive season and this year’s edition, like others in the past is cause driven. The Awards (NMVA)  held on November 26, 2014  at Eko Hotel & Suites, Victoria Island, Lagos. Hosted by DJ Jimmy Jatt, the show themed, “A world without violence”, was dedicated to further deepening the consciousness of a violence free environment which is necessary for peace to thrive. This is against the backdrop of violent eruptions arising from religious, ethnic, civil and political disputes all over the world. The audience were thrilled by outstanding performances from the likes of OritseFemi, 2Face,  MC Galaxy to Niyola, amongst others. 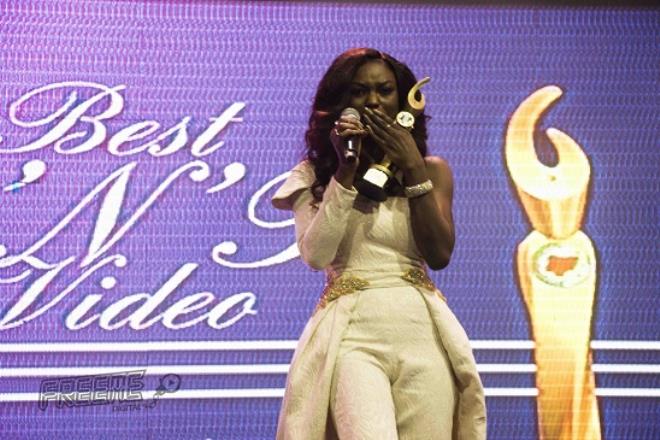 Top winners of the night include Olamide and Mr. Songz who both won two awards each in their nominated categories. Mr. Songz won the awards for the Best Pop Extra Video with My Story and Best Contemporary Afro Video with his tune, Kolombo.KCee who won Best High-Life Video with Ogadinma; musical taliban, Oritsefemi who won Best Afro Beat Video with Double Wahala; Kemi Adetiba clinched the Best Director prize with Olamide’s Sitting on the throne; Mya K with Special Friend won the Best Video by a minor (a person below 18 years). Sammy Okposo’s ‘Who Tell You Say’ was adjudged the Best Gospel Video; Niyola tearfully took home the award for Best R’n’B Video with Toh Bad; Sekem master, MC Galaxy won the Best Use of Dance Video with Sekem; Clarence Peters clinched the award for Best Cinematography with Timi Dakolo’s Iyawo Mi. Tha Suspect with Nsogbu, won Best Afro Hip Hop Video, while Nikki Laoye won Best Soft Rock/Alternative Video with Only You. 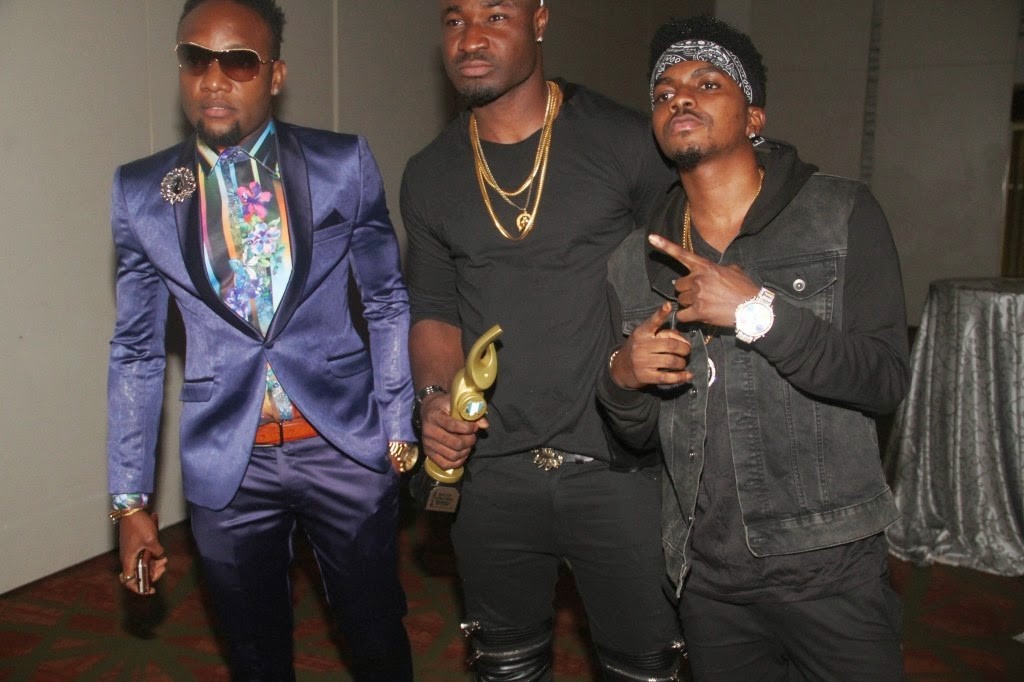 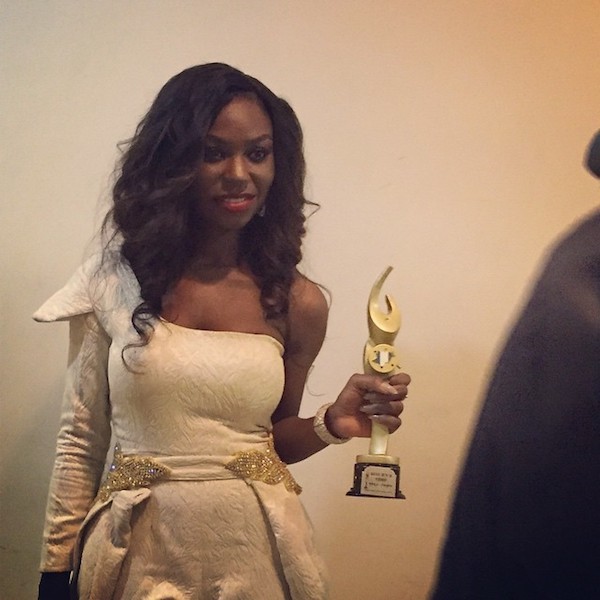 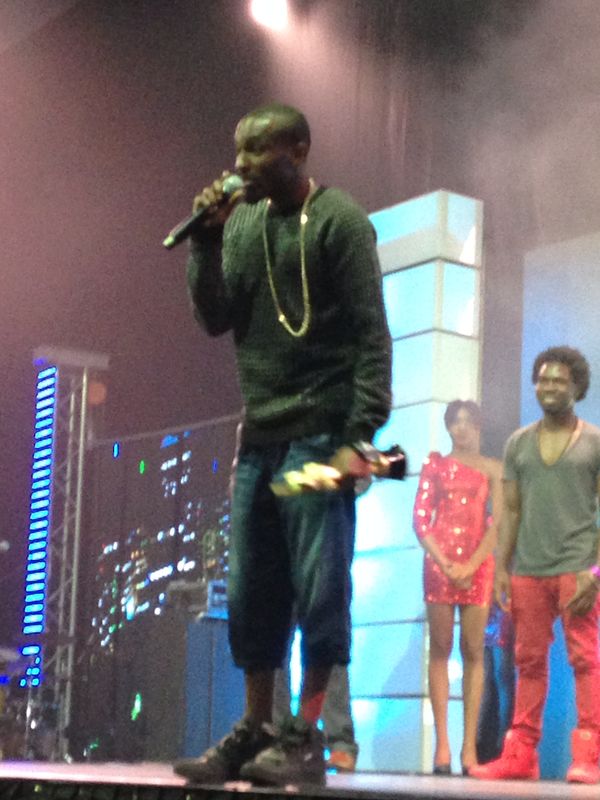