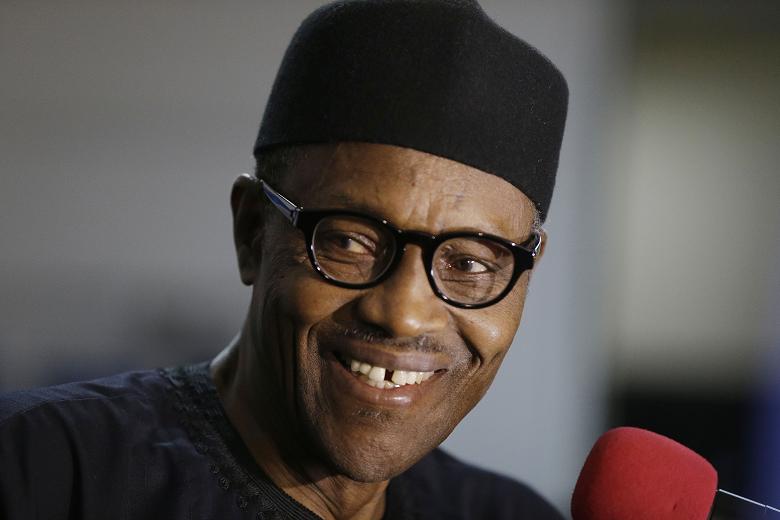 President Muhammadu Buhari, a former Miltary Head of State of Nigeria emerged the winner of the 2015 general elections in Nigeria. His antecedents and the mirage of challenges in the country’s polity notwithstanding, PMB won and we take a view of how and why he won and his preparedness for the task ahead and most importantly his ability to function in a democratic government as against his military foundation… By Yomi Agbabiaka 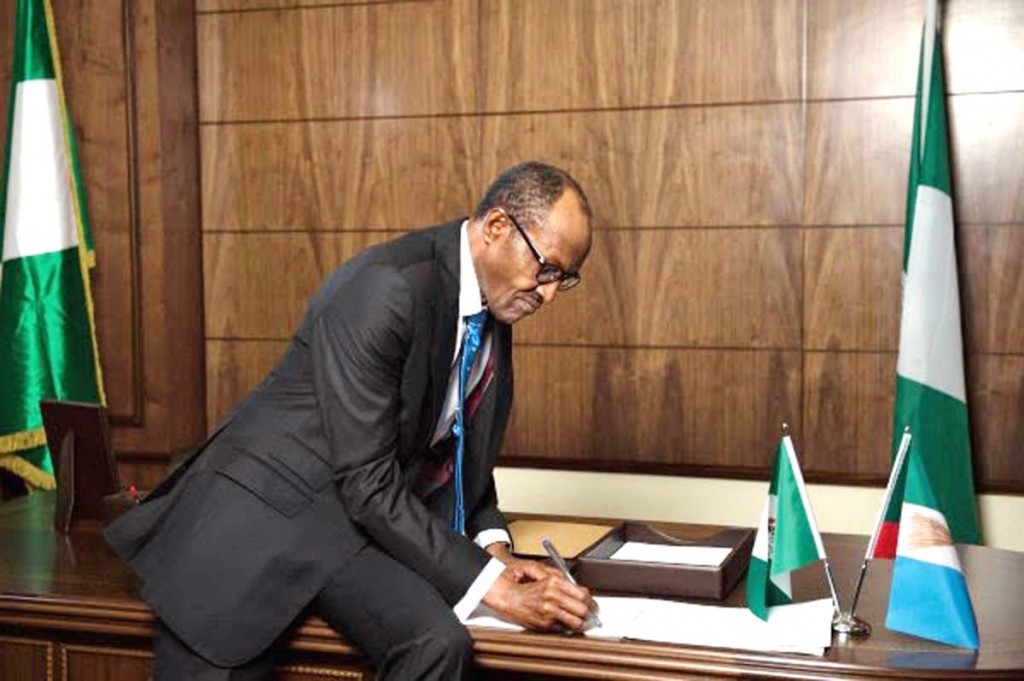 Nigeria transited for the the first time in history from one political party to another without any fuss in the 2015 general elections. Whilst many analysts predicted doom prior to the elctions, everything went well and President Muhammadu Buhari of the opposition All Progressives Congress won the elections. The challenges facing the country are vast ranging from embedded corruption to terrorism, unemployment and infrastructural decay but much more unclear is the transition of President Muhammadu Buhari to a civilian administrator. He is known to be a no-nonsense soldier who has a clear idea of what he wants, when and how he wants it done. This, analysts believe will probably cause a rift between the president and other arms of government particularly the legislators. One thing pro-buharists have continued to hold on to is the president’s track record of having contested thrice before winning at the fourth time of asking, his sincerity and focus is another plus as Nigeria embarks on the journey of rebuilding a great nation.

When that military administration came under my leadership, we suspended – as a military then – part of that constitution that we felt would be difficult for us to operate and as also a consensus,” he said. “I think I’m being judged harshly as an individual that what happened during a military administration can be extended under a multiparty democratic system!’. This was President Muhammadu Buhari’s response to an accusation of the alleged high handedness that characterised his previous reign as the Military Head of state between 1983 and 1985. Nigerians forgave him and voted for him en masse to make history as the first person in modern day Nigeria to defeat an incumbent president at the polls. Four times lucky, one is wont to say, President Muhammadu Buhari had been defeated in the last three elections, he achieved a historic victory in the 28 March election. This time, he had the advantage of being the candidate of a united opposition grouping, the All Progressives Congress (APC).

It is clear that the verdict of Nigerians on Mr Buhari’s 20 months as military ruler is mixed with about 500 politicians, officials and businessmen jailed as part of a campaign against waste and corruption, clampdown on the press and many other human right abuses. As part of his “War Against Indiscipline”, he ordered Nigerians to form neat queues at bus stops, under the sharp eyes of whip-wielding soldiers. Civil servants who were late for work were publicly humiliated by being forced to do frog jumps, it was a relief to see the general and his team ousted in a counter coup led by the then chief of Army staff, General Ibrahim Badamosi Babangida. Another school of thought however saw his rule then as a praiseworthy attempt to fight the endemic graft that prevented Nigeria’s development.

Irrespective of the divide however is the fact that President Buhari retains a rare reputation for honesty among Nigeria’s politicians, both military and civilian, and this largely was responsible for his victory at the 2015 general elections in Nigeria. One striking thing during the campaigns and in the first few days of his administration is that Nigerians are in for a change spearheaded by a man whose outlook on life and governance has changed drastically from the Military Head of state of the early eighties.

Buhari’s foray into the murky waters of Nigerian politics started in 2003 when he emerged as the presidential candidate of the now defunct All Nigeria People’s Party, he lost the general elections and went on to lose the 2007 (ANPP) and the 2011 (CPC) elections. Having lost the previous three general elections prior to 2015, the need for a new strategy arose and gave birth to the formation of a new mega party, the All Progressive Congress (APC) from the merger of major opposition parties namely, the Action Congress of Nigeria, All Nigeria People’s Party, Congress for Progressive Change, a splinter group of the All Progressive Grand Alliance and an aggrieved faction of the then ruling party, aptly tagged the New PDP. There were lots of skepticism to the workability of the merger considering the number of interests groups represented in the merger, the tussle for power and control of the emerging party but all these were laid to rest with the emergence of Muhammadu Buhari as the presidential flagbearer of the new party.

Come 2015 elections, Buhari garnered the most votes—some 2.5 million votes more than Jonathan, his closest rival—and was declared the winner of the March 28 General Elections in Nigeria. President Muhammadu Buhari was sworn in on May 29, 2015 but how did President Buhari win over even his most ardent of critics? Close associates testify to the transformation of the general to a very amiable civilian and even his most ardent critics doffed their hats to his ability to evolve into the gentleman that he has become though without losing his pragmatism. Dele Momodu, publisher of Ovation International, once wrote of his encounter with President Buhari, ‘without doubt. Buhari is a modern-day wonder. The story of his life is a stuff of thriller novels. In a country where money fixes most things and people, how did he manage to control the bodies and souls of his fanatical supporters? .. I was impressed that there were no intruders during our heart-to-heart talk. Perhaps, because he had no money to share,….He spoke calmly but firmly. He had this childlike innocence around him. It was difficult to imagine this man sitting across me could hurt a fly even as a soldier. There were no airs around him or chips on his shoulders, what you saw was what you got, take it or leave it’!

President Buhari is a man loved by Nigerians particularly because of his uprightness, whilst many politicians would not pass the first scrutiny, President Buhari has been under the spotlight severally with the religious attacks, certificate imbroglio and several other accusations but like the cat with nine lives, he has come out unscathed by the criticisms rather his popularity ratings has continued to soar. Buhari’s approval ratings reportedly skyrocketed amongst the Nigerian people (largely due to the incumbent Goodluck Jonathan’s apparent inability to fight Boko Haram’s brutal insurgency). Buhari made internal security and wiping out the militant group one of the key pillars of his campaigns and Nigerians believed him because of his antecedent in quelling the insurgency threat of the then Maitasine terrorists during his reign as the military head of state. The kidnap of over 200 school girls from a Chibok Secondary school and the high handedness of the Jonathan Administration with its resultant outcry both from within Nigeria and internally were also sore points in the Jonathan Administration’s record. Nigerians witnessed the gradual decline of their beloved country into poverty and indebtnedness, the country’s foreign reserve was gradually depleted whilst Jonathan’s ministers were buying luxurious cars and houses in all parts of the world, living like gods whilst the average Nigerian wallows in abject poverty, emotions gradually began to rise, Nigerians crave change, they wanted a deviation from the normal politician that we have ruled for the previous sixteen years, they got their man in Buhari’s zero tolerance to corruption stance.

Buhari’s record in public service shows a track record of uprightness which was what Nigerians wanted. It was during his tenure that the Nigerian National Oil Corporation and the Ministry of Petroleum Resources were reorganised to form the Nigerian National Petroleum Corporation (NNPC), and he became its first Chairman, a job he performed without blemish. He masterminded and spearheaded the construction of 20 oil depots throughout the country, a project involving over 3200 kilometres of pipelines. Under his leadership both Warri and Kaduna Refineries were built. He drew up the blueprint for the country’s petro-chemical and liquefied natural gas programmes all without even a hint of scandal. Today, Nigerians recall with nostalgia the probity, accountability and honesty and above all thorough and efficient management of public funds demonstrated by the leadership of General Muhammadu Buhari in all public institutions he worked.

With this vast goodwill in place one wonders how long would this romance between the government and the governed last? It is a known fact that the political reality is that a president really has only two full years to make his biggest and most dramatic changes in a democracy like Nigeria – the first year of his election where he can still trade on his popularity and the second year when he is expected to have consolidated his hold on governance. Nigeria is a country faced with multiple challenges at the moment ranging from the Boko Haram menace and its attendance senseless killings of innocent Nigerians to the dwindling revenue from crude oil (which is the major revenue base of the Nigerian state). Power, Unemployment, Endemic Poverty, Infrastructural decay are all issues that must be resolved in the shortest possible time before electioneering for 2019 commences in earnest.

I read a letter from a concerned Nigerian to the President, and no better way could the aspirations of Nigerians be expressed, ‘Our hopes are very high in the government Nigerians have chosen you to lead. A country that is too big to fail, the most populous nation of the black race, the richest country in the continent of Africa, home of intellectuals and potentials. We need a courageous leader to unveil the potentialities buried in our people, this is why every individual of our nation voted for you. We need you to reshape both the political and economic history of this dynamic era of our time. We want to tell you that we all love you and you are not corrupt, but please be reminded that the entire lives of Nigerians are in your hands and you are the hope of the masses.

A transformed democrat, an inspired leader and most importantly a change agent! Nigerians voted enmasse for change and chose him to lead the charge. Nigerians look forward to security of lives and properties, constant power supply, a corruption-free country, gainful employment, and egalitarian society where no man is oppressed and where fundamental human rights and justice is guaranteed, whether he will be able to deliver all this in the four year of his tenure is left to be seen but one thing for certain is that for the first time in this democratic dispensation, Nigerians voted for Belief!