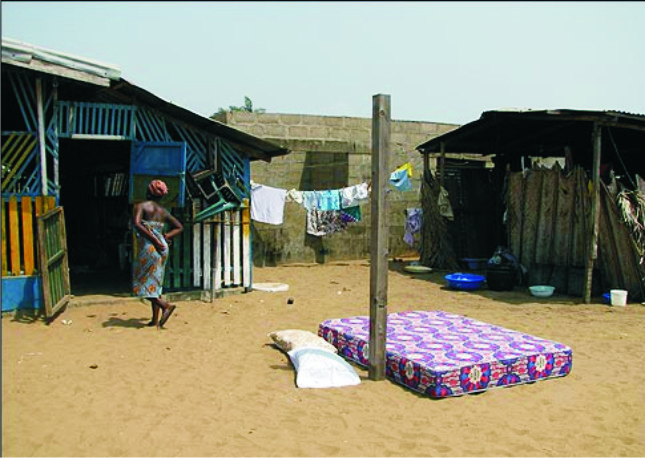 Streetwise: Ajegunle, Live in the Jungle City Reports by Tosin Bankole Many things have been written about the popular Ajegunle slum of Lagos but

Many things have been written about the popular Ajegunle slum of Lagos but lots still need to be written and done to transform this area popularly known as A-J city. Ajegunle is the most popular slums in Lagos, Nigeria, with population of over a million people which makes it to be the most populated slum in Lagos, Nigeria. A-J city, also known as the Jungle city is one that makes for interesting spectacle every time you go there. One is always treated to more than you can expect in fun, love, sharing and talent. Yes, talents! Like the proverbial black pot producing white pap, the jungle city has produced great artistes notably the likes of Daddy Showkey, Baba Fryo, Mighty Mouse, African China, B’Clean, and Nico Gravity who started from the same Ajegunle ghetto and in sports one is apt to remember the great golden eaglets football team that has made Nigerian proud in various tournaments across the globe. 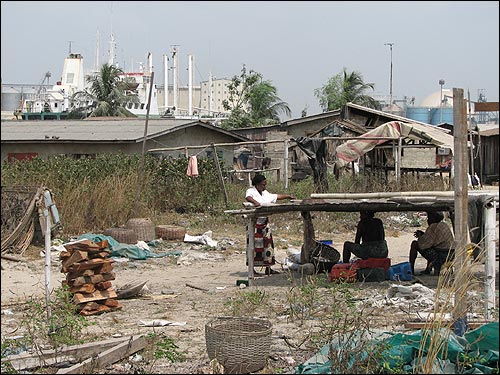 The former head of state General Yakubu Gowon in his speech during his first visit to Ajegunle in the early 70’s referred to Ajegunle as the mini Nigeria and ECOWAS because the habitant cut across the ethnic’s group/tribes in Nigeria and West African which makes Ajegunle a unique community in Lagos. Ajegunle started as an informal settlement where traders from hinterlands made temporary abode during trading trips to Lagos. Ajegunle is bordered on the west by Apapa Wharf and Tincan, two of Nigeria’s biggest sea ports from where over 70 percent of imported goods come into the country.

‘Go dump your waste for ya doormot’, an old man shouted in pidgin English, (the adopted lingua franca in the Jungle city), at a cart pusher, that was the shout that rented the air when we approached a popular refuse dumpsite in Ajegunle. On further enquiry, we were made to understand that the man is the chief in charge of the dumpsite. He collects money from all the cart pushers coming to dump refuse at the site, but where does this money or levy go to? Government or… who? Surely not the government because AJ citizens have grown to live on their own without any support from any government quarter and thus make their own laws and enforce it through their own means! The ‘Oba’ is in charge. 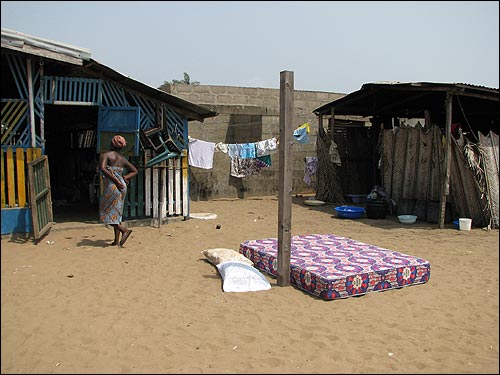 Dotted with shacks all over with no planning or street delineation, AJ’s common bottomline is survival. Every inhabitant wakes up with one common goal, survival of the fittest, its either you are up and doing or you are done for. The typical day of an average Ajegunle resident starts from about 4.00am, he rushes to the makeshift bathroom shared by about twenty people who must also take their turn on first come first to bath basis except of course you are one of the chiefs of the oba. The average AJ woman is an housewife, oftentimes a petty trader, who is satisfied with a little space to display her ware for sale and make some money to add to her husband’s earnings. The task of raising the kids fall mostly on the women whilst the men are seen loitering around waiting for their turn to go to singing or boxing practices. Come rain or shine, an average AJ man’s day is incomplete without his practice session, it is a taboo for an AJ man not to be able to sing, dance or fight! The boxers have gone on to represent Nigeria in various international meets and the artises have brought forth the popular ‘galala’ dance et al.

There are kiosks almost at every corner. There is hardly any usable item that cannot be found there. From disused children’s swing, large plastic water containers, rags, irons, refrigerators, TV sets, mattresses,  rags, furniture, bottles, cans, planks, car steering, among others. One iron bender was busy bending, cutting and straightening iron rods while his client sat on an old refrigerator. Few people were also waiting for their wares like disused and old roofing zincs to be scaled and get paid peanut like N30, per dozen. Bedspace in AJ costs as much as one thousand naira per month even at the dumpsite and the rent is payable to the oba, little wonder, its either you are the oba or the oba’s friend!

Education for the AJ kid is another tall order with little number of government schools, while the makeshift private school collects their fees on a daily basis. The kids have to make a living by collecting recyclable materials and selling them and then saving part of the earnings to pay for school and still pursue their careers either in sport or music. You can add to this chaotic mix a severe lack of water, poor sewerage infrastructure (which causes a daily fear of flooding), AJ city is still home to some of the happiest people you’ll ever meet with an infectious ambition to match the world’s big city players. “Welcome to AJ City”

for more juicy, inspiring stories, get your copy of
GENESIS INTERNATIONAL Magazine, Issue 8
Available on konga.com