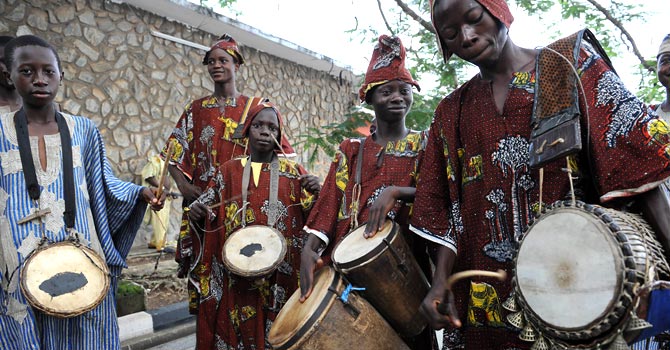 The African Talking Drum: the Beat goes On

The African Talking Drum: the Beat goes On The talking drum, as the name suggests, is thought to mimic language by closely imitating the rhythms an

Careers: 5 Ways to Turn Off Employers
Health: Living with Sickle Cell Anemia
CowrieWise: 9 Truths That Can Set You on the Path to Financial Freedom

The African Talking Drum: the Beat goes On

The talking drum, as the name suggests, is thought to mimic language by closely imitating the rhythms and intonations of the spoken word. They have a distinctive hourglass shape with a drum head at each end made from animal hide mostly goatskin. The drum’s body is made of wood, with leather cords running the full length of the drum to connect the two drum heads. Talking drums originated in West Africa down to Nigeria where they are still played today by mainly the Yoruba people. The drum is tagged the talking drum because it can “imitate the lines, speech or words of a spoken language especially Yoruba. The interpretation of rhythm from the talking drum as earlier mentioned can only be done by individuals who have a grounded knowledge of Yoruba folklore. Interestingly, there are drum beats for different ceremonies ranging from funerals to christenings and inaugurations amongst others. 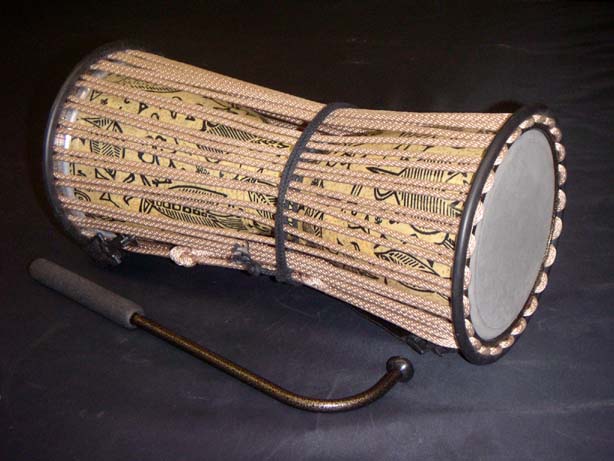 There are different types of talking drums. The only way they can be differentiated is by size. They include the Iya-Ilu (Mother of Drums), gangan, and omele.

Ayangalu is believed to be the first Yoruba drummer. He is also believed to be the spirit or muse that inspires drummers. The word “Ayan” means drummer. This is why some Yoruba family names contain the prefix Ayan-, such as Ayangbade, Ayantunde, Ayanwande etc

The origin of the talking drum can be traced to the Old Oyo Empire in South-West, Nigeria. It was introduced as a means of communication during inauguration of the Alaafin of Oyo. It is also used during festivals and served as a signal to herald the arrival of an important personality

But while it has lost its practical purpose, the talking drum is a long way from dying, having now been incorporated into not only traditional music, but also African hip-hop and the songs of global stars such as Erykah Badu. Ara is one of Nigeria’s rare female talking drummers and has performed with Stevie Wonder and for the Queen of England. Nigerian-British female rapper Weird MC, also known as the Rappatainer, used a talking drummer when she released her single “Ijo-ya” (Let’s Dance) in 2006. Born Adesola Idowu, she said she wanted to mix contemporary sounds with the traditional drum to create something that sounded new, “which at the time was a very unique thing to do.””So we ended up getting the club feel and the African feel as well,” she said. “It sounded so different, so unique. It was really heavy and edgy at the same time.

The talking drum is arguably one of the oldest traditional instrument in Africa. When next you travel for a festival or occasion in South-West, Nigeria, look out for the talking drum

For Weird MC and others, the beat must go on. Anything else would be tragic.“It’s an instrument, in my opinion, which is very sacred,” the rapper said. “It is indeed the drum that speaks.”