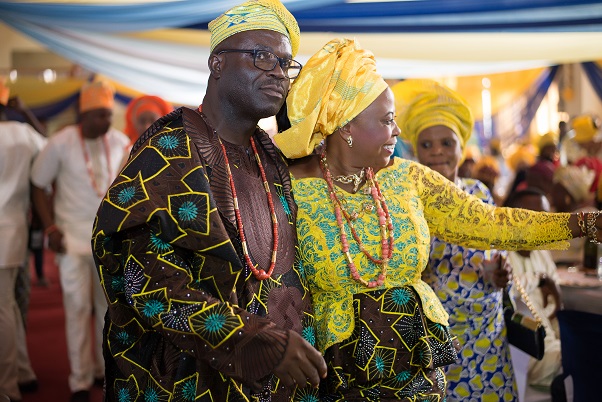 Ondo State played host to the crème de la crème of the Nigerian society with all roads leading to the ancient city of Ondo-town when Otunba Olu Adenodi  the CEO of BHS Nig Ltd Lagos, received guests to the final burial ceremony of his mother-in-law, late Mrs. Marian Adetimehin Olajide on Saturday the 12th of December 2015. The city stood up for a woman who (according to Otunba Adenodi) was the best mother-in-law that ever lived. 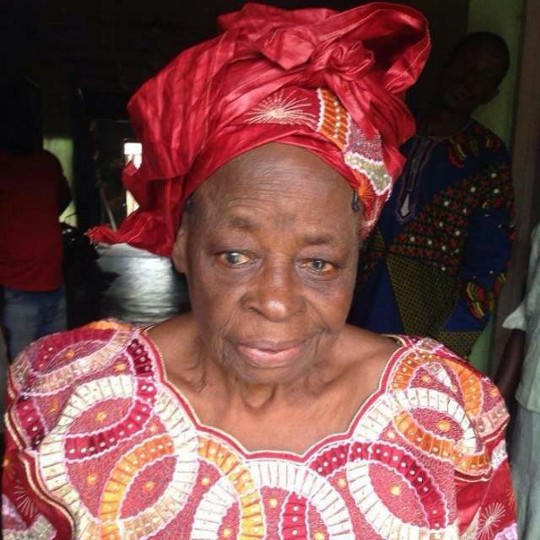 At the burial ground mama was put to mother earth as she laid eternally immobile in a sparkling golden casket. The Thanksgiving Service held at the CAC Oke-Igbala, and guests were later entertained at the prestigious Oba Adesanoye Civic Centre where Tolu Obey, son of the legendary Chief Commander Ebenezer Obey strung out beautiful lyrics of juju music.

Late madam Marian Mekolan Durogbayi Adetimehin Olajide was born on 22 February 1922. Her cradle generation migrated from Owu in Abeokuta to Ile-Ife where her father was born to the Royal family of the Ooni of Ife. Her father moved further to Oke-Igbo and finally settled at Odosida, Ondo. Mama grew up accompanying her mother on trading trips to Ekiti, Ilesa, Ede, Ife and several other cities in the old Western Region. Mama got married to Mr. Noah Johnson AdetimehinOlajide (AKA; NOJ) in the early 1940s. Mama is widely travelled, selling house hold utensils and plates (awo) between Ibadan, Ondo and the suburbs. Some of her female children inherited this business from her. As a devout and dedicated Christian mama attended Anglican Church as a family church but later ended at CAC, Christ Apostolic Church Oke-Igbala, Ondo, where she worshiped till her death. Mama was a cheerful giver who assisted everybody that came in contact with her in any way she could. Mama enjoyed sound health that even at age 93, she was still travelling to various parts of the world, visiting her children in diaspora.

One of her children, Evangelist Mrs. Funmilola Adenodi described her mother this way; “Her name echoes love, integrity, honesty and the fear of God. She didn’t only nurture her children, she also led them to Christ. No wonder we are all Ministers of the Gospel”. Otunba Olu Adenodi said of mama; “I am proud to have her as a mother-in-law and make haste to state unequivocally that she was the best mother-in-law that ever lived”.

May her soul rest in perfect peace.