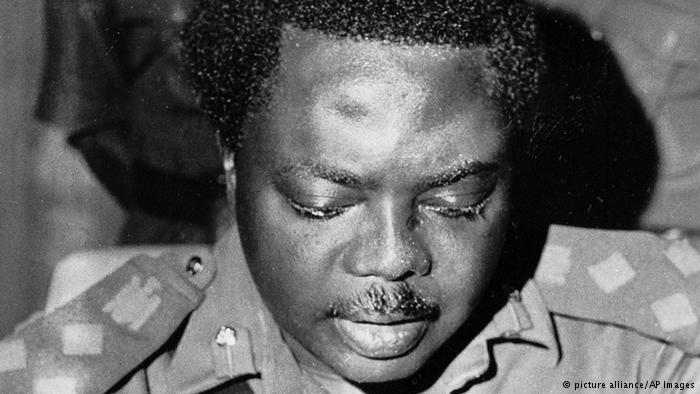 African Legends: An Ode to General Murtala Mohammed Just like yesterday, I remember that faithful Friday, February 13, 1976, we were just arriving

Just like yesterday, I remember that faithful Friday, February 13, 1976, we were just arriving in school for the morning assembly. As usual we gathered in our well ironed khaki shorts and stood attention to recite the Nigeria we Hail thee national anthem! It was a ritual we all looked forward to but that was not to be as the assembly was truncated by noise at the school gates, parents scrambled to get into the school compound to pick their wards back home. Innocent children like me looked on at the pandemonium as the gateman was refusing to let the parents come into the school, until Mrs Adeogun, (I think that’s her name) she was the headmistress then came out looking real sullen, the nation is in turmoil, tragedy has struck, the hero of the masses, the most loved Nigerian President has been killed in a brutal bloody manner on his way to the office that morning, radios were blasting with Martial songs, noise of sirens rent the air, we must all go home to face the uncertainty that faces the nation! Our hero is dead! Murdered in cold blood, the man who identified with the common man was murdered, the hopes of many dashed, that’s the feeling that flowed through the minds of many Nigerians, General Murtala Mohammed was a loved man, a semblance of sensibility in a very chaotic Nigerian militocracy of those days and his death was a rude awakening for a country that many believe does not appreciate its best people. 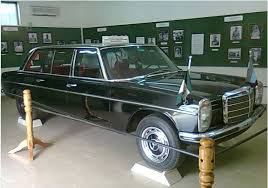 General Murtala Ramat Mohammed was Nigeria’s 3rd military head of state. He came into power after General Yakubu Gowon was overthrown via a bloodless coup while he was attending an OAU summit in Uganda. On assumption of office, he set out like a man who knew what he wanted, he pursued his goal of refining Nigeria, he was a man on a mission. Nigeria has witnessed many government changes but none till date has appeared as prepared as Murtala Mohammed. Form the first day in office, he reeled out policies and followed them suit. One of his first acts was to scrap the 1973 census, which was weighted in favor of the north, and to revert to the 1963 count for official purposes. Murtala Muhammad removed top federal and state officials to break links with the Gowon regime and to restore public confidence in the federal government. More than 10,000 public officials and employees were dismissed without benefits, on account of age, health, incompetence, or malpractice. The purge affected the civil service, judiciary, police and armed forces, diplomatic service, public corporations, and universities. Some officials were brought to trial on charges of corruption. He also began the demobilization of 100,000 troops from the swollen ranks of the armed forces.

He was one that had a profound effect on our history. Sadly, he was assassinated 40 years ago on February 13, 1976. In a nation where there were few heroes, he was one of them. His courage, focus, strength of character, brazenness, passion and ability to take the bull by the horn and do what needed to be done, no matter whose ox was gored, and no matter what the consequences were, was outstanding and exemplary. He was blunt, fearless and irrepressible. Though his regime as Head of State was short lived; July 29 1975 – February 13 1976, our domestic policy under his watch brought positive and monumental changes to the fortunes of our country and to the character of the people.

His administration approved, designed and established the idea of a Federal Capital Territory and set the date for the military to hand over power to a democratically elected government in. He didn’t live to see these, but the hand-over date was honoured by his successor in office, General Olusegun Obasanjo. For the six months Murtala was in power, our foreign policy was a sight to behold. It was Nigeria at her proudest and best moments. In those days, when Nigeria spoke, the world listened, and when we sneezed, Africa literarily caught a cold. That was when Nigeria was regarded as the giant of Africa and rightly so.

With Murtala at the driving seat in Nigeria, the eventual liberation of Angola, Zimbabwe and South Africa were set in motion. Though he did not live to see it, he was the one that set the ball rolling and threw down the gauntlet to the western power and all supporters of racial tyranny and apartheid.

Perhaps, with benefit of hindsight, he could have mounted a good security for himself, maybe Nigeria wouldn’t have degenerated as it is today. He mixed with the masses, he attended Jumat prayers like a normal person, he didn’t carry a retinue of security guards around, he was just your common bloke next door, Nigerians loved him for it but the detractors also saw the weak point and he was killed, without any opportunity to defend himself. Murtala had never bothered with the massive security details characteristic of so many modern Heads of States. He, as a simple and open officer, often times would arrive functions unannounced and without security details. In response to General Obasanjo’s advice to take his personal security more seriously, Murtala was quoted as saying; “if they succeed in killing all of us, good luck to them”. To Murtala Muhammed, that was exactly what happened. On 13th February 1976, Murtala departed for work along his usual route unaware of what awaited him. His car was caught in that usual infamous Lagos traffic outside Federal Secretariat Ikoyi, a group of soldiers rushed to the car and fired a volley of gunshots which killed Murtala, his driver and ADC. Thus came to an end the life of a man who was described in his life time to be as “tough as nails”. His life was a manifestation of the fact that truly, “fortune favours the bold”.

As a lasting symbol of his legacy, Nigeria’s largest international airport at Ikeja was renamed Murtala Muhammed International Airport, while the largest hospital in his home state of Kano was also named after him. In addition to these, his face is imprinted on the Nigerian currency note of 20 naira denomination. Though short lived, his life was very symbolic and Nigeria still is  grateful to this fallen hero!

For More Juicy Stories, Get your copy of GENESIS INTERNATIONAL MAGAZINE, (Issue 10). Available with the vendors, and online on jumia.com.ng, konga.com. Available also internationally in the USA in all Barnes & Nobles Stores, Chapters booksellers in Canada and isubscribe.com in UK.