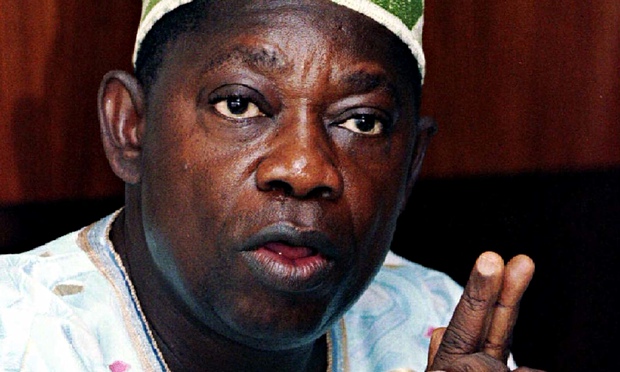 MKO Abiola’s memory is celebrated in Nigeria and internationally. June 12 remains a public holiday in the south western states of Nigeria, though many argue that the date should be a national holiday for democracy. Abiola was known for his charisma and as a prominent social activist, democratic freedom fighter and a successful business figure. The continued support for his person and ideas even in death is seen as part of his legacy 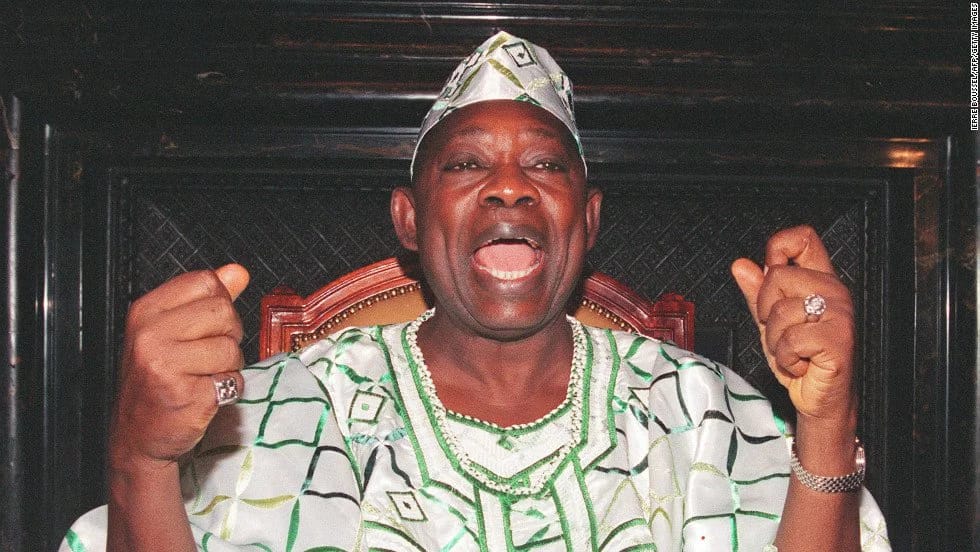 Moshood Abiola, popularly known as MKO was born in Abeokuta on August 24th, 1937. He was a very popular businessman, publisher, politician and aristocrat. Born into a poor family, MKO learnt the art of survival through the hard way. This background later came to be his guide to wealth and fame. MKO had to fend for himself and family fetching firewood from the forest before going to school. At age 15, he founded a music band where he performs first for food and later for money. From both proceeds, he was able to sponsor his secondary school education at Baptist Boys High School, Abeokuta. MKO passed out in flying colors earning himself a scholarship to proceed to Glasgow University, Scotland to study Accountancy, Abiola graduated with a first class and proceeded to bag a certificate from the Institute of Chartered Accountants of Scotland.

On his return to Nigeria, he worked as a senior accountant at the University of Lagos Teaching Hospital, then went on to Pfizer, before joining the ITT Corporation, where he later rose to the position of Vice-President, Africa and Middle-East of the entire corporation, which was headquartered in the United States. As a result, Moshood Abiola spent a lot of his time and made most of his money in the United States, whilst retaining the post of chairman of the corporation’s Nigerian subsidiary. Abiola, through diligence divested into various other business viz Abiola Farms, Abiola bookshops, Radio Communications Nigeria, Wonder bakeries, Concord Press, Concord Airlines, Summit oil international ltd, Africa Ocean lines, Habib Bank, Decca W.A. ltd.

MKO, a lover of the round leather game, founded the then popular Abiola Babes Football Club of Abeokuta which went on to win laurels in Nigeria and Africa in the early eighties. He supported sports both morally and financially all over Africa which earned him the award as the Pillar of Sports in Africa.

Moshood Abiola sprang to national and international prominence as a result of his philanthropic activities. His presence and benevolence was felt by all and sundry, Abiola was a giver who expects no favours in return, he gave for the sake of giving! Someone once wrote, ‘It is only men like MKO that can just call you from the blues or meet you by chance on a first date and there or then settle all your educational/business needs’ and this really was MKO Abiola. He personally sponsored the construction of 121 mosques and churches, 41 libraries, 21 water projects over 20 states in Nigeria. Abiola was the grand patron of more than 149 societies in Nigeria. He won the admiration of several ethnic and religious His philanthropic gestures earned him more than 197 traditional chieftancy titles from 68 different communities in Nigeria. These activities won him admiration across the multifarious ethnic and religious divide through the length and breadth of Nigeria.

Abiola’s foray into politics was ascribed to be the beginning of his end, many Nigerians loved MKO the philanthropist but unkown to many, Abiola’s political career started as early as when he was 19years of age when he joined the National Council of Nigeria and the Camerouns (NCNC) as a student. MKO, like other politicians, went on compulsory sabbatical occasioned by the various military interventions in Nigeria’s democracy until 1978 when he emerged as the National Chairman of the National Party of Nigeria. He was later to join the Social Democratic Party (SDP) under which he contested for the post of President in 1993.

At the June 12 1993 polls, he overwhelmingly defeated his rival, Bashir Tofa of the National Republican Convention (NRC). The election was declared the freest and fairest Nigerian election by local and international observers. For the first time in Nigerian political history, a politician won the presidential elections across the length and breadth of the nation even defeating his opponent in his home state. Nigerians voted without bias for religious, ethnic or social inclinations. However the election was annulled by the then military ruling junta led by General Ibrahim Babangida (rtd) and no reason has been given so far for the annulment of the elections. There were agitations and a feeling of despondency across the length and breadth of the nation but the military did not bulge the call to allow Abiola claim his mandate. The nation was thrown into turmoil which is now popularly referred to as the June 12 Struggle with all parts of Nigeria virtually shut down by protests and pressure from the international community. This and a series of other events led to the palace coup that brought in late General Sani Abacha as the new head of state.

Having exhausted all efforts to no avail, MKO declared himself the lawfully elected President of Nigeria at the popular Epetedo Square in Lagos in the full glare of Nigerians and the international press. Consequent upon this, the military under Gen Sani Abacha interpreted this as treason and ordered his immediate arrest. He was detained for four years largely in solitary confinement with a Bible and Qur’an, as companions. During that time, Pope John Paul II, Archbishop Desmond Tutu and human rights activists from all over the world lobbied the Nigerian government for his release but this was not to be. Abiola refused the solitary terms attached to his bail which was that he renounces his mandate, something he vehemently refused to do!

Just when it looked like the military was considering his release, Nigerians were shocked to hear the news of his death on July 7, 1998, coincidentally the date that was set for his release from prison. The sun had set in the noon for one of Africa’s greatest, the hopes of many were dashed. Never has the death of any man shaken Nigerian on this scale. Abiola was a man of the people.

Abiola was a man whose love for Africa knows no bound, he spearheaded and funded the struggle for the release of Nelson Mandela from the apartheid government in South Africa. He also sought to bridge the divide between all of Africa’s people. As Chairman of the Organization of African Unity’s Group of Eminent Persons on reparations, he reached out to leaders across Africa and the Diaspora. He wanted Africans to speak with a united voice on the issue of seeking reparations for colonialism and slavery. MKO Abiola made an endowment to the African Studies Association, based at Rutgers university in the United States. The objective of the endowment is to afford senior African scholars the ability to develop research and present lectures on issues of relevance to the progress and development of Africa, at their annual meetings. Little wonder, he holds the highest traditional title of Aare Ona Kakanfo’, which literally translates to the ‘the war viceroy of Yorubaland’.

MKO Abiola Stadium was named in his honour. There were also calls for posthumous presidential recognition. Moshood Abiola was twice voted international businessman of the year[and received numerous honorary doctorates from universities all over the world. In 1987 he was bestowed with the golden key to the city of Washington D.C., and he was bestowed with awards from the NAACP and the King center in the USA, as well as the International Committee on Education for Teaching in Paris, amongst many others.

MKO Abiola’s memory is celebrated in Nigeria and internationally. June 12 remains a public holiday in the south western states of Nigeria, though many argue that the date should be a national holiday for democracy. Abiola was known for his charisma and as a prominent social activist, democratic freedom fighter and a successful business figure. The continued support for his person and ideas even in death is seen as part of his legacy.